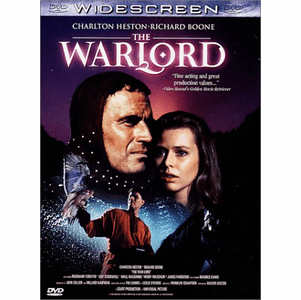 Fine acting and great production values in this epic with Charlton Heston. This film happened to mark the first collaboration between Oscar winners Chuck Heston and Franklin Schaffner, who later directed Charlton Heston and Maurice Evans in the original Sci Fi Epic Planet of the Apes. In the 11th century, the extremely powerful Duke William of Ghent sends his most skilled and trustworthy knight, Chrysagon, played by Charlton Heston, and a troop of his finest warriors to guard Normandy's beach front settlements from pillage and plunder by the dark and marauding Frisian raiders.

Smitten with Bronwyn, played wonderfully by Rosemary Forsyth, the foster child of village elder Odins, played by Niall MacGinnis, the war lord is tempted simply to take her for himself, under the feudal custom of droit de seigneur, but finds he is falling in love with this woman and the journey begins.

The energy and design in this film are terrific. John Collier (Sylvia Scarlett) and Oscar nominee Millard Kaufman (Bad Day at Black Rock) adapted this sweeping historical romance from a play by the late Leslie Stevens, who also created TV's The Outer Limits. Heston and the support cast are simply magnificent in this film.